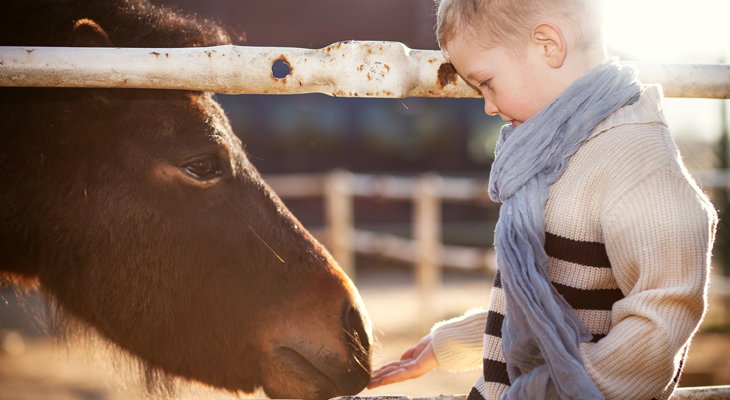 Metabolism in horses — and in other animals — refers to all the body’s complicated processes that break down food, drink and drugs to provide nutrients and energy for living. Anabolic reactions generally happen soon after eating, to build structural parts of the body, such as muscles. Catabolic reactions generally happen hours or days after eating, to process substances into small particles that produce energy.

After your horse eats, its body breaks down the feed and stores it within cells for later use. If your horse’s feed is high in starch and sugar, such as cereal grain, it will be digested into glucose and absorbed into the bloodstream. Your horse’s pancreas responds by releasing insulin, helping the glucose enter fat or muscle tissues and restore blood glucose levels to normal. The glycemic index rates how much a certain feed increases glucose and insulin release. Grass hay is lower on the index while corn is higher. After the glucose enters a body tissue, it can be broken down into adenosine triphosphate (ATP) for energy or stored in the body as glycogen.

High-fiber feeds, such as hay, ferment while in the large intestine. This produces volatile fatty acids (VFAs). Some types of VFAs are converted into glucose in the liver. Others are metabolized into ATP or used for fat synthesis. Dietary fats are stored in the muscle or fatty tissue for future use.

The metabolic process requires many hormones to function properly. Insulin and glucagon help regulate metabolism based on your horse’s feeding status. Growth hormone, epinephrine and cortisol are also important for regulating energy. The thyroid hormones triiodothyronine and thyroxine are crucial for general processes, such as growth, heat production and cardiac function. Several parts of the brain, notably the hypothalamus and the pituitary gland, regulate these hormones.

When fat cells or tissues produce too much of a protein hormone called adipokines, cortisol increases. This disrupts appropriate insulin levels, leading to too much insulin and glucose in the blood. Unable to properly metabolize starches, the horse develops what’s called metabolic syndrome. This can trigger laminitis, a painful inflammation in tissues of the hoof.

Recurring bouts of laminitis are often what clue owners in to the presence of equine metabolic syndrome (EMS). If a horse is overweight and doesn’t have other obvious laminitis triggers, he might be diagnosed with EMS. The likeliest candidates are relatively inactive horses who consume high-calorie diets. Some breeds seem to be predisposed to EMS, including ponies, miniature horses, donkeys, Morgans and Paso Finos.

Other symptoms include belly fat, excess fat in the crest of the neck and on the rump. EMS is often confused with Equine Cushing’s Disease, but your equine veterinarian can run tests to make sure your horse is treated for the appropriate ailment.

If your horse has EMS, increase his or her exercise level, if possible. Your equine vet may also suggest supplementing your horse’s diet with chromium or magnesium.

If you have questions about your horse’s metabolism or want help devising the best possible diet, call us today.